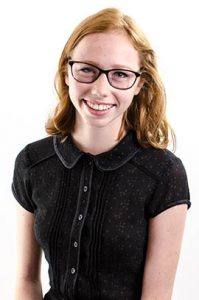 Caroline Lazar grew up playing piano and singing. She later began composing her own songs from poetry she wrote. Caroline released her first EP of original music, Nevermine, this past year through the record label, My Little Empire. Since then, she has performed around New York City and Miami, and is currently working on her next release.

Caroline also plays classical saxophone, and won the 2014 Florida Bach Concerto competition for wind instruments. She is now a senior at the University of Miami Frost School of Music, where she is studying contemporary voice and songwriting. Caroline is excited to share what she has learned about piano and songwriting to students within the Community Arts Program (CAP)!