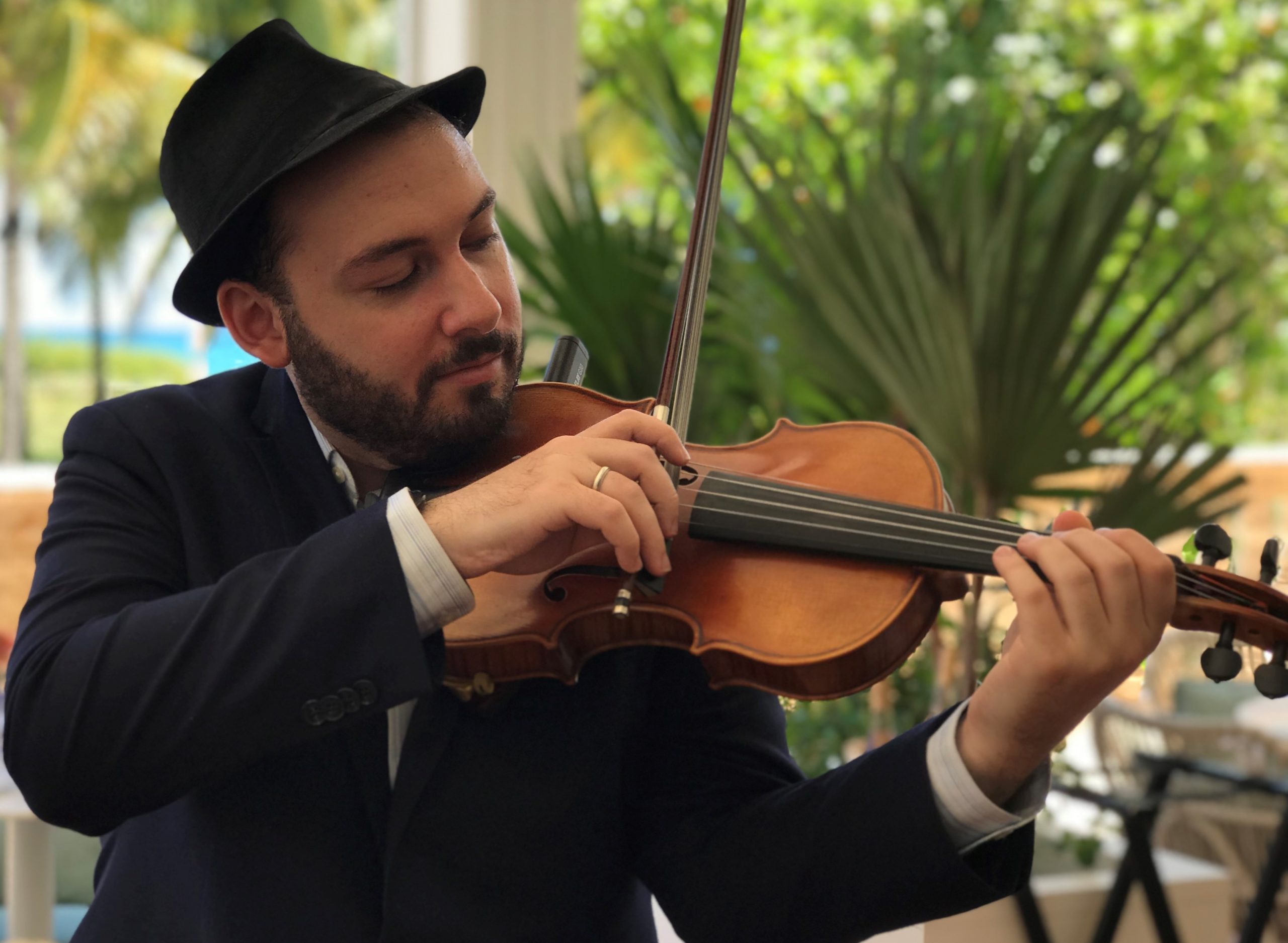 Dr. Steffen Zeichner is the CAP Creative Strings III conductor within the CAP Conservatory for the Arts. Dr. Zeichner is a creative violinist who actively performs and records within the genres of jazz, classical, rock, klezmer, and pop. Steffen is the leader of 5 String Swing, a lively jazz violin driven band that regularly presents shows of jazz, swing, and American standards. He also plays with various other ensembles and orchestras throughout Florida.

Throughout his career, Steffen has shared the stage with many top artists who included Chick Corea, Gloria Estefan, Cyrille Aimee, Nestor Torres, Kenny Loggins, Ben Folds, Maria Schneider, Terence Blanchard, and George Benson – with whom he was featured as the violin soloist and concertmaster for Benson’s 2013 album, “Inspiration”.

Steffen is also an experienced studio musician. He is credited on a GRAMMY-winning CD, multiple Downbeat-awarded recordings, and on many other albums and commercial releases within a myriad of styles.

Steffen is a passionate educator with a focus on developing the creative potential of string players: particularly through exposing them to musical genres outside of the classical world and through helping students to develop improvisational and real-world performance skills. He is also the adjunct Lecturer of Jazz Violin at Florida International University, and has an international studio of private violin students learning various styles of music with him – both in-person and virtually.