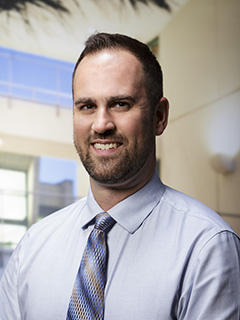 Daniel Strange is the CAP ALL-STAR Jazz Ensemble conductor within the CAP Miami Jazz Institute. Dan has performed on a variety of the world’s biggest stages, from Carnegie Hall to NBC’s The Today Show, as well as with critically acclaimed artists representing multiple genres. He has played in orchestra pits for the national touring companies of Wicked, Jersey Boys, Pippin, Les Miserables, West Side Story, Dreamgirls, Young Frankenstein, Legally Blonde, and A Chorus Line.

Dan is also the director of contemporary keyboard studies at the University of Miami’s Frost School of Music and directs the Music Media and Industry department’s top ensemble, the American Music Ensemble, which received the 2015 DownBeat Magazine award for outstanding performance by a collegiate blues/pop/rock ensemble. In the spring of 2014, he was named a quarter finalist for the second annual Grammy Music Educator Award.

Dan can be heard on his album Life As I Hear It that features his original compositions and an all-star of lineup of musicians, as well as on multiple albums including the Grammy nominated track “All My Tomorrows” from Jeremy Fox’s With Love. Dan resides in Miami with his wife, violinist Ashley Liberty, along with their son and daughter, Harrison and Summer.