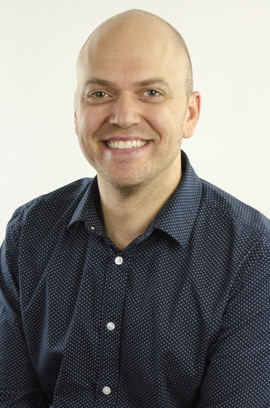 Dr. William “Bill” Longo received his Doctor of Musical Arts in Jazz Composition at the University of Miami (UM) Frost School of Music. Prior, he earned a Bachelor of Arts in Music from the University of Connecticut, a Master of Arts in Jazz Performance from Queens College (CUNY), and a Master of Music in Studio Jazz Writing from the UM Frost School of Music, where he earned the Award for Academic Merit and was a Henry Mancini Institute Fellow.

Dr. Longo is a versatile composer and arranger, creating music in a variety of genres. His compositions and arrangements have been performed and recorded by notable jazz and popular artists; these include Bruce Hornsby, Steve Miller, Jon Secada, Cyrille Aimée, and Nicole Henry. Recent commissions include works for The Airmen of Note, JAZZ ROOTS: A Larry Rosen Jazz Series, the Power of Love Gala™ at the MGM Grand, the Henry Mancini Institute at the University of Miami, and for several other university and high school music programs. In 2014, Longo received the USAFB Sammy Nestico Award for his composition, New Day, which was premiered by The Airmen of Note in Hollywood, FL. Dr. Longo has also received critical recognition from Downbeat magazine, earning Student Music Awards for Jazz Arranging and Engineered Studio Recording.

Currently, Dr. Longo also serves as an adjunct faculty member at the University of Miami and Florida International University.