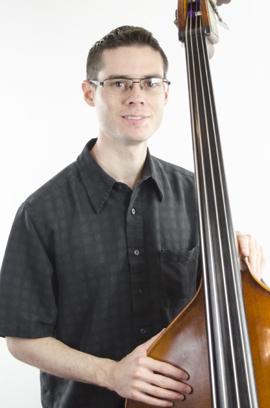 Gary Thomas has been performing and recording professionally as a bassist for the past 11 years.  After spending his early years as a musician in north Florida, Gary moved to Miami in 2007 to study music at the University of Miami Frost School of Music. There, he completed both his Bachelor’s and Master’s degrees. He studied under Chuck Bergeron, Gary Lindsay, Terence Blanchard, Dave Holland, and many others. It was also in Miami that Gary began composing original music and performing as a group leader with several of his own ensembles.

In recent years, Gary has been recognized as a composer in Downbeat magazine, and has participated in Betty Carter’s Jazz Ahead, at the John F. Kennedy Center for the Performing Arts in Washington D.C.  Gary has performed alongside artists such as Shelly Berg, Kevin Mahogany, Ira Sullivan, John Fedchock, Mary Wilson, Richie Cole, and with the Woody Herman Orchestra.  Throughout South Florida, Gary continues to work extensively as both a group leader and freelance artist. Gary is also the bass professor at Miami Dade College, Wolfson Campus.