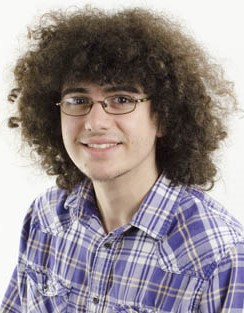 Lucas Apostoleris, composer and instrumentalist, was born in Connecticut and raised in Massachusetts.  In June 2020, he released his debut album, Chronicle, which consists of nine original compositions for quintet. In addition to writing music for his own group, Lucas recently also wrote arrangements for the Gulf Coast Symphony Orchestra in Ft. Myers, FL, and the prestigious Airmen of Note Air Force big band. In addition, he regularly performs in the Miami area with a variety of ensembles.

In 2017, Lucas received his Master of Music in Studio Jazz Writing from the University of Miami Frost School of Music. Lucas is a three-time recipient (2008, 2009, and 2018) of the ASCAP Young Jazz Composer award, with an honorable mention in 2017. Previously, as a student at the University of Massachusetts, Lucas was one of five composers selected nationwide and featured in the Jazz Education Network Student Composition Showcase at the 2014 JEN Conference in Dallas, Texas.